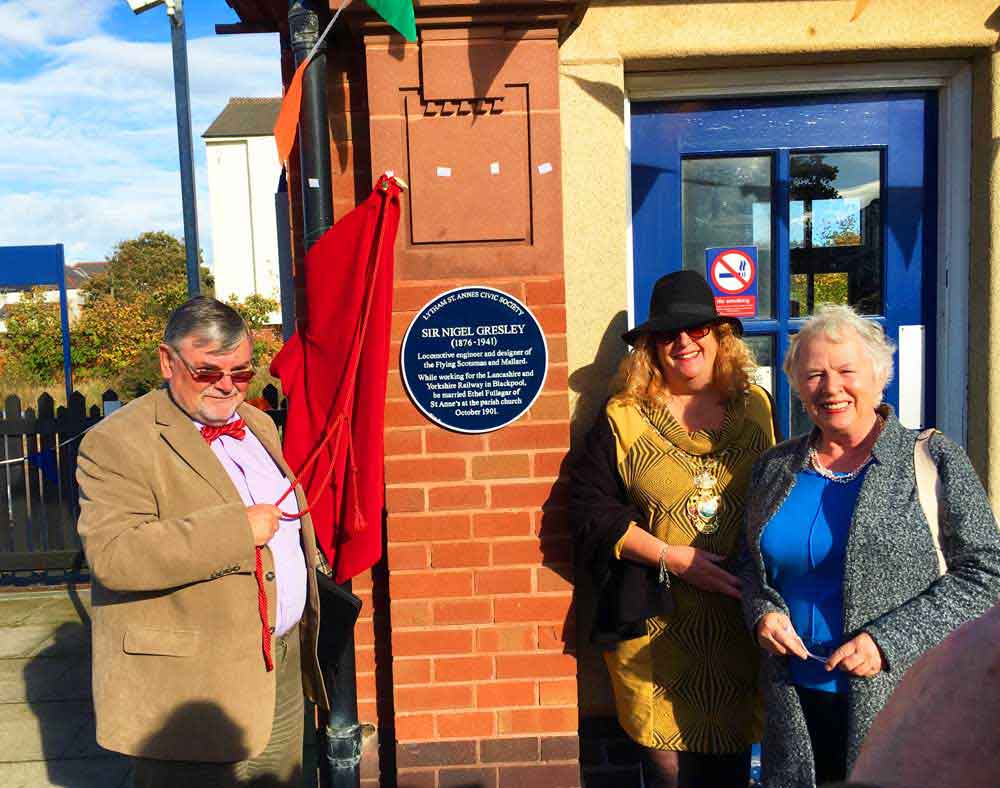 A blue plaque to commemorate the marrriage of Nigel Gresley (who designed the Fyling Scotsman and Mallard steam locomotives) to Ethel Fullagar of St Annes at the parish Church in 1901, has been unveiled in St Annes on Sea.

The tribute to Sir Nigel Gresley, who helped modernise the rail network in the early 20th century, was placed at the entrance to St Annes Railway Station. 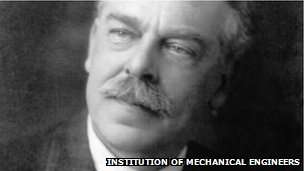 Sir Nigel Gresley, who was born in Edinburgh in 1876, designed the Flying Scotsman and Mallard, which reached a maximum speed of 126 mph (202 km/h). 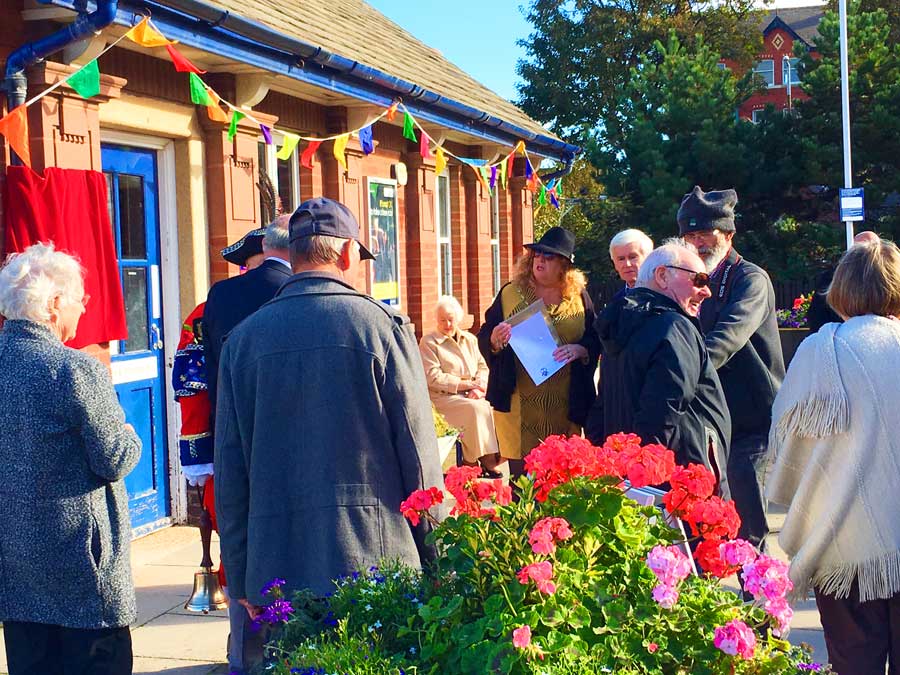 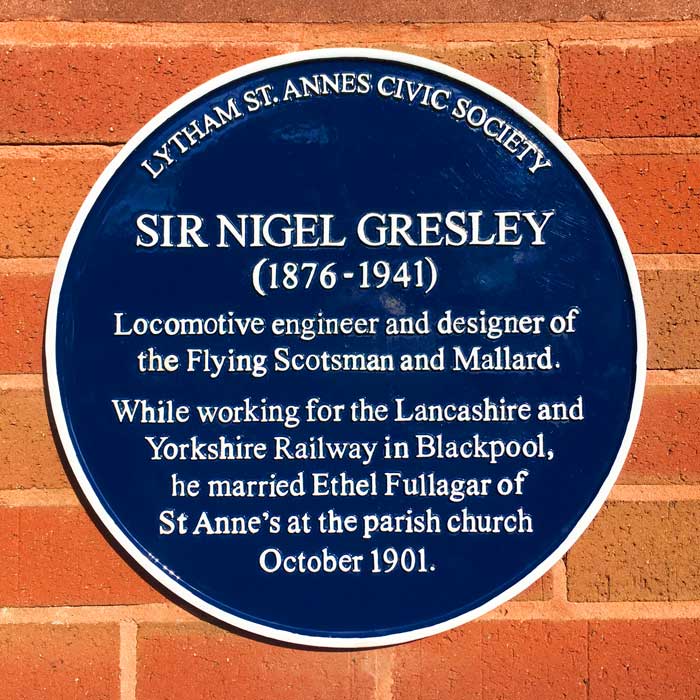 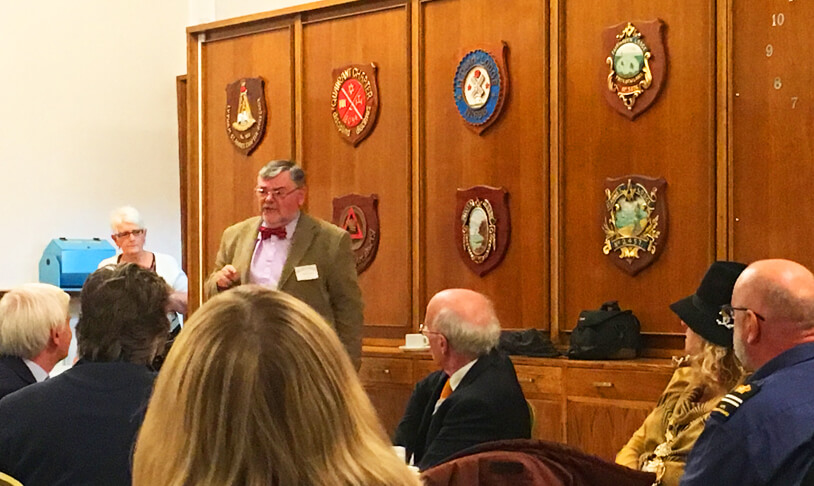 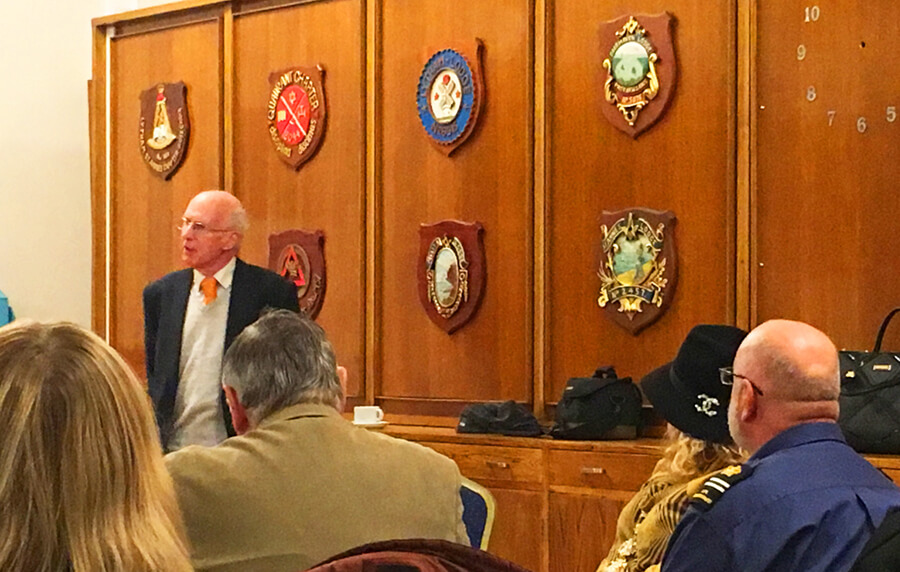 David Brewer photos of every railway station in England, guest speaker at the blue plaque unveiling